(but this time in America)

Walking down a residence hall corridor at 3:33 AM is definitely a weird experience (btw why do we say “walking down a hallway?” you literally stay at the same level. what is English). I should be studying for my Psychology exam that’s worth 25% of my grade; I should be making notes especially since Jennifer needs them, too. Four whole days before an exam? Maitreyi is preparing a full four days before her exam? This has never happened before, simply because no one has relied on her to make notes for a chapter before. There’s the loophole in her extreme procrastination – it will transform into not too terrible procrastination if someone else needs her to work. Why would I rather do healthy, useful things for other people than for myself, why will I literally not get lunch if it is not a meal I have plans to get with someone else (i.e., I will only go to a dining hall if someone is relying on me to show up, because who cares about, you know, feeding myself so I continue to live well), why will I stop myself from engaging in Unhealthy Behavior just so I don’t feel hypocritical when I encourage others to stop?

Anyway, my phone died and I’d needed to pee for a while but felt lazy and Pearson Revel signed me out of the textbook while I was mid-sentence and there’s a pack of Coffee Nut m&ms lying on the top of the dresser in this fake, tiny, second-floor Houston study room and I’m mad at Pearson and super tempted to try those m&ms but 1) I don’t know who left them there, and 2) I’ve never tried that flavour before; it sounds interesting, and 3) what if Mystery Apathetic@Chocolate wants the m&ms back, 4) I don’t really care about point (3) but what if I dislike the flavour and am stuck with it being in my mouth for a whole bunch of time until I can get breakfast? should I eat ahhhh

I couldn’t make that decision just then, and since I’d finally found something I wanted to do less than walk all the way to the washroom, I decided to go pee to avoid making that decision. On my (short, but it felt long, it’s late, my concept of time is skewed) walk to the washroom, I really noticed and appreciated just how weird and particular the aroma of residence hall corridors is. Sometimes they smell like various perfumes, sometimes like carpet and shoes, sometimes like what I think is alcohol, not that I can be sure bc my experience with it is very limited and I am just terrified of it. Other times, like Thursday nights and Friday evenings, it’s weed, and every other day, it’s a combination of remnants of all of these. Outside my Indian mumma-friend’s room, it smells Indian it’s like chai but maybe I make that up in my head out of expectation of what is to come when I step in. On some mornings, when I get out of the washroom after having brushed my teeth, the bit of corridor right outside my room smells like black coffee and that’s how I know my roommate has woken up. Either ways, it’s so strange that these smells that were totally unfamiliar to me three months ago now smell like Home(?)(am I ready to call this place that yet, I do not know).

In the washroom, I realized I liked tucking my shirt into my jeans. I like how it makes me feel but also it makes me uncomfortable to do that when I’m not super loving my body, so I decided I would prevent my not loving my body by leaving the m&ms alone. I remember that when I was still in school, a boy on my school bus made fun of another for having visible “stretch marks.” I didn’t know what they were, and a friend explained them to me; basically, they usually happen when a person’s weight changes and some of the skin doesn’t know what to do with itself anymore. She said the boy had lost weight. I remember genuinely not understanding what was so bad about having stretch marks! Why are they considered yucky, when they’re sometimes proof that someone worked hard to feel healthier and better about themselves? I wanted stretch marks. I was happy to see them the first time they became really prominent on my hips after I refrained from eating junk food and exercised regularly for four months in Grade 12. I felt good; they were a sign that I was right in thinking that I was finally being healthy.

When do you know that you’re starting to feel at home somewhere? Is it when, in the map if your mind’s eye, you’ve started replacing unfamiliar building entrances with people’s faces? And their carpets and blankets, shoe racks, and wall decor. Is it when your French professor knows you well enough to email you specifically before Thanksgiving break, telling you to “try to sleep a ton during break! :)” and is it when you start having opinions on kinds of cereal that aren’t sold in India? Three months ago I felt dangerously adrift, but now I feel only moderately adrift. I mean, I did finally use the Belgian waffle machine, and the terrifying toaster to make myself my first bagel with cream cheese, and the panini press to make my friend a grilled cheese. I studied in the Study Rooms of residence halls other than mine, pretended to study at one of the libraries once, and stood beside and talked to my friend while she spread out sheets under the pretty tree outside our Hall with her books and laptop out to study (super cute, and super movie-like, have always wanted to do). There’s a hundred things I haven’t done yet, of course, but I imagine each will bring this strange place a bit closer to Home in my heart. I imagine each habit and preference I acquire, like getting the apple spice cake with maple buttercream frosting on Tuesday nights, and the other side of my floor, will cement it.

I love the people here. I hate that they don’t know Indian slang, so I can’t say jugaad, or mug up, or bunk, or thappad, around them and expect even a semblance of cognizance on their faces. I hardly pronounce “dance,” and “class,” and “answer” the right way anymore and the new way feels ugly and rude in my mouth but I have no choice if I want to be quickly understood. They try sometimes to say my name right, and most of them really want to be able but struggle. No one really uses nicknames; everyone mostly just avoids having to use my name. Only one friend in my life really uses a nickname to refer to me often, to the point where I call myself it in my head. I miss him very much, and I’m mad that I cannot be in his actual physical presence right now, especially since it’s nearly 5 AM and I am awake and I used to fall asleep within 7 seconds when sitting next to him on the way to school. Anyway, the people here are excited for me to try new American snacks and worried for me to experience the Actual Cold New England Weather. They are happy to invite me to their homes during Thanksgiving break and more than willing to explain weird concepts like cold salads to me. They will run to me from blocks away if I feel like I can’t breathe and am terrified I’ll die, and they’ll let me cry for hours about real chai and food with actual flavour and my best friends from back home and my cat and my idiot amazing brother, and they’ll kick me out of my bed at 3:30 PM when I’m being an idiot, and they’ll bring me cheese puffs and other favourite foods, and they’ll make me exercise with them. There is very, very little I wouldn’t do for these people and I need them to know this. I’m so grateful for them and how much easier they made this transition for me.

I’m not entirely sure how I got here from talking mostly about Coffee Nut m&ms, but the mind goes where it wants, I guess. Where it wants to go right now is to sleep. Earlier today, I told my best friend that if one could marry concepts, I would marry sleep, and I will forever stand by that 400%. I have so much more to say, but I’m thinking thoughts at too ridiculously fast a pace at the moment, and it’s impossible to capture a lot of it. It’s also nearly 5:30 AM and I’ve begun to make a terrifying number of spelling errors while typing (except for those red-underlined words like flavour and favourite, WordPress, I refuse to abandon British spellings), so I will try to go to bed, despite having to be awake in another four hours anyway.

Good night, and thank you for being here. 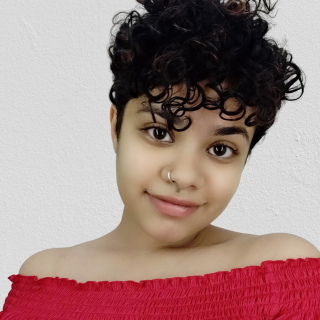 I want to be the sunshine in your life